Two statues have been designed to commemorate the 150th Anniversary of the Kingsbridge and Salcombe RNLI. The statue at Kingsbridge represents the first launch of the ten-oared lifeboat called ‘Rescue’ in 1869. A complimentary statue is situated in Salcombe, depicting the modern Tamar-class ‘Baltic Exchange III’ lifeboat. These both feature someone being rescued from the water, showing 150 years of different technology but the same lifesaving actions. The sculptures are made from bronze and two types of stone and situated on stone plinths. Secured within the plinths are time capsules created in our workshop here by Dart Fabrication, overseen by the Cookworthy Museum in Kingsbridge and the Salcombe Maritime Museum in Salcombe.

This project was privately funded with local sculptor, Jim Martins, depicting the seascapes. The construction of these plinths was undertaken by our team here at Landmarc. These have been designed with the understanding and agreement of the RNLI. Salcombe Town Council, Kingsbridge Town Council and local authorities are fully behind this project. It was a project to complete our previous task of rebuilding the quay wall (see previous article). With the help of South West Crane Hire, the sculpture were very carefully lifted on to the plinths after the time capsules had been slid in to place, and then bolted on for security.

The unveiling of these commemorative pieces took place on Saturday 21st September 2019 by HRH Duke of Kent, first at Kingsbridge and then travelled by flotilla to Salcombe to unveil the second statue. With the RNLI being a charity funded institution, they welcome all those interested in contributing to their lifesaving activities to visit their website – www.rnli.org 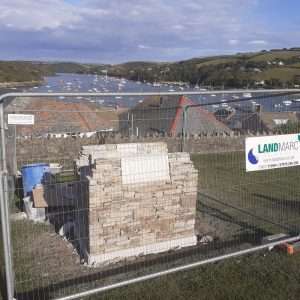 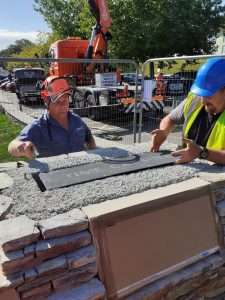 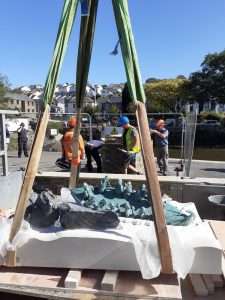 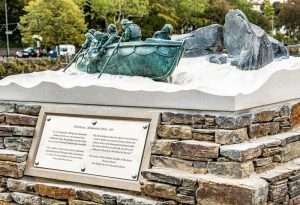 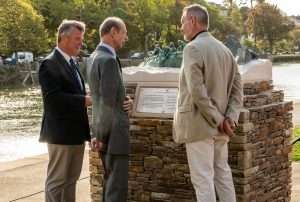 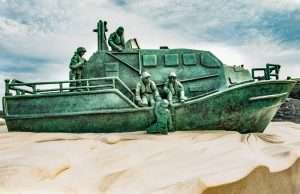